By Kevin Kayhart For Dailymail.com

Stormi Webster is not only the apple of her daddy’s eye but now she’s rocking his trademark box-braid hairdo.

Rap superstar Travis Scott took to Instagram on Sunday to gush over his 21-month-old girl her shares with ex-Kylie Jenner by posting a series of snaps of her sporting his famous locks.

‘Daddy’s hair,’ the father-of-one wrote in the caption of the first four pictures he posted. 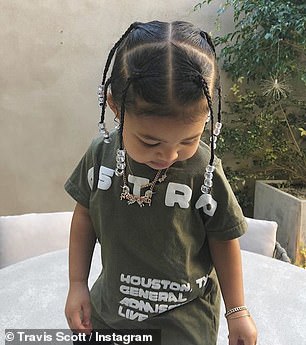 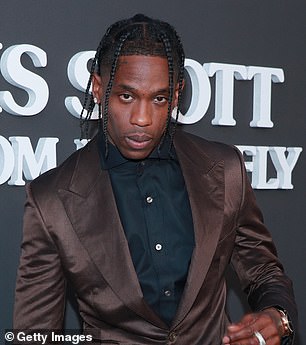 Daddy’s girl: Travis Scott shared a series of photos of his daughter Stormi sporting his trademark box-braid hairdo on Instagram

Not long after, Scott shared another photo of his daughter and captioned it: ‘Stormi’s World,’ which was likely a reference to his Astroworld Festival t-shirt that she was wearing.

She also wore a Stormi’s world necklace in the photo, along with another necklace that appeared to have her mom’s name Kylie on it, according to People.

The toddler rounded out her cute ensemble with black leggings and black and gold sneakers. 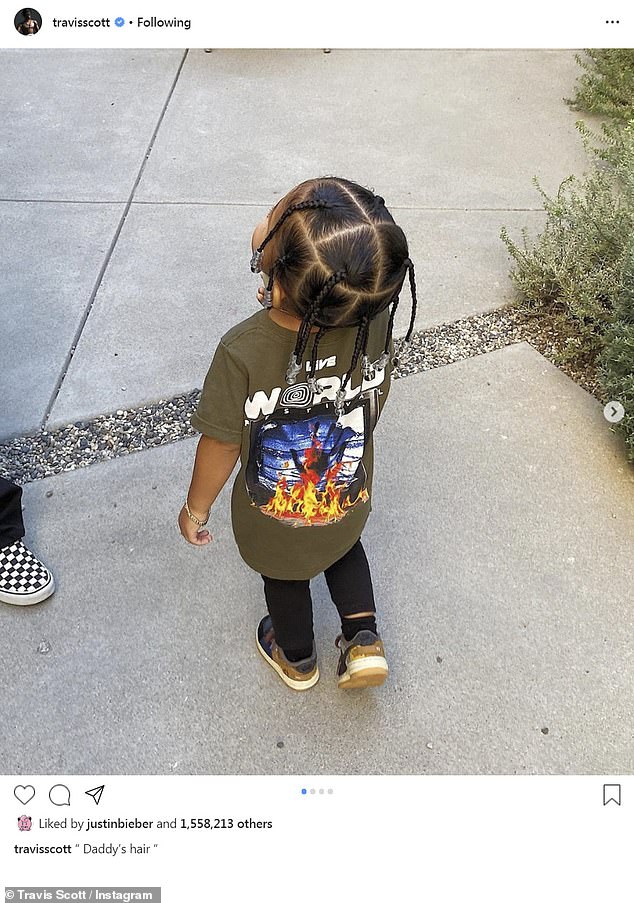 Apple of his eye: Scott referred to his daughters new style as ‘Daddy’s hair’ in another caption 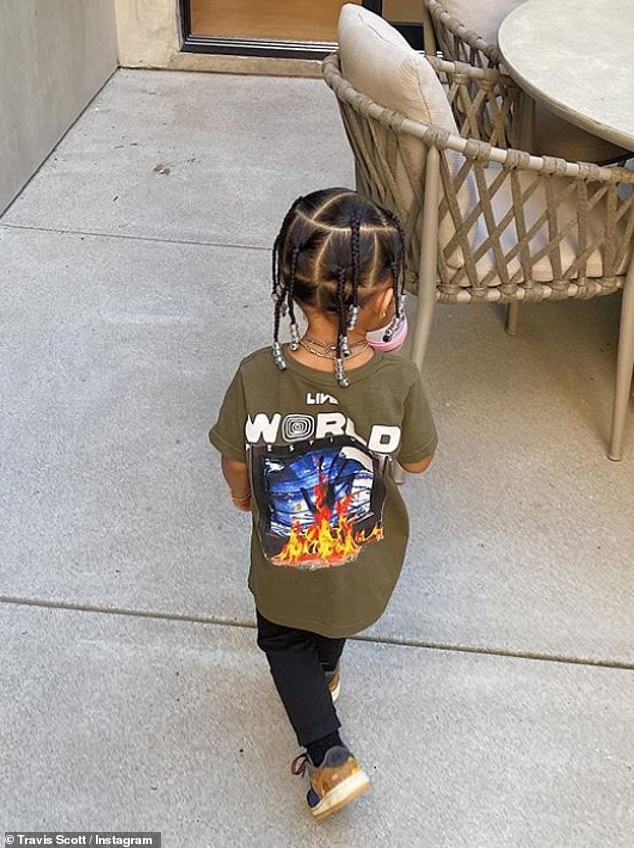 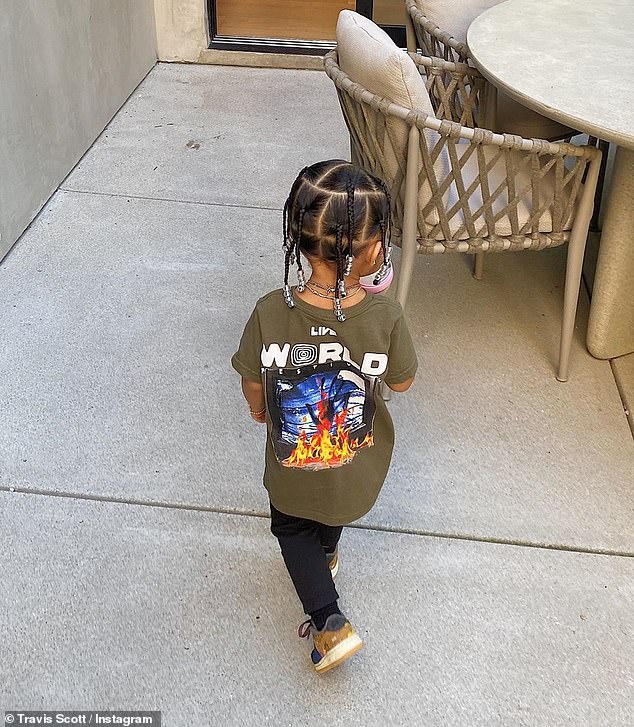 Familt repping: She also wore a Stormi’s world necklace in the photo, along with another necklace that appeared to have her mom’s name Kylie on it

Scott and Jenner broke up last month after two years together, but maintain they are on good terms

She even took a trip to his hometown of Houston, Texas with Stormi to attend his Astroworld music festival last week.

‘Kylie flew to Houston with a group of friends,’ a source told People at the time.

‘It was important for her to support Travis’ festival. They are still very close and often hang out with Stormi.’ 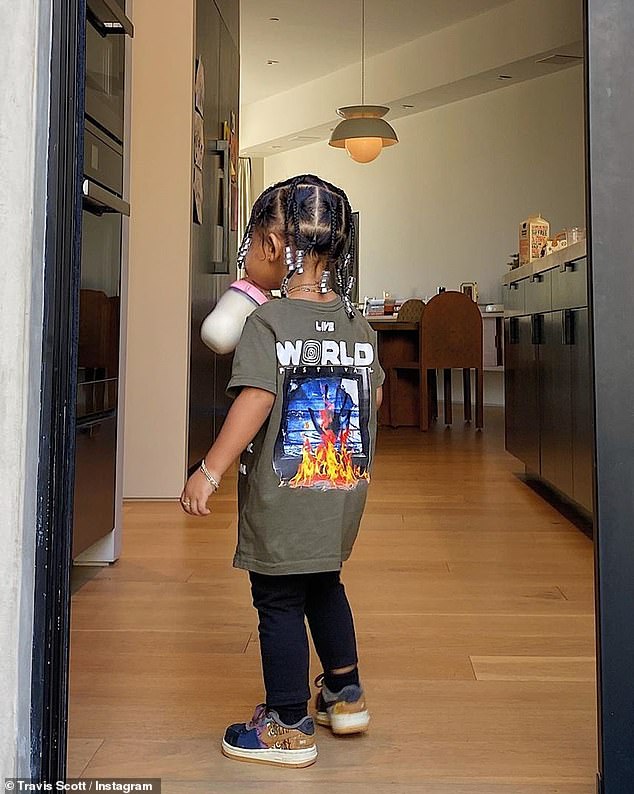 So cute: The toddler rounded out her cute ensemble with black leggings and black and gold sneakers 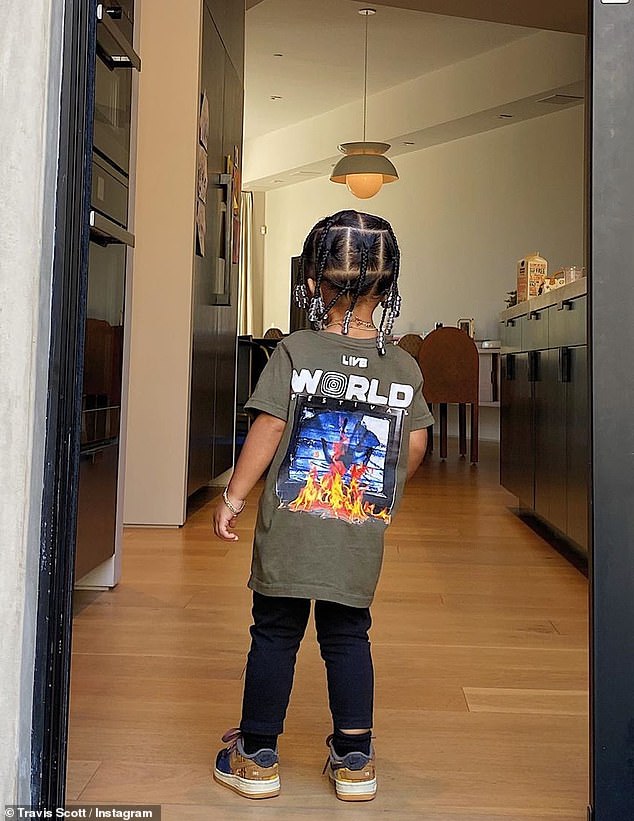 Quality time: Stormi has been spending extra time with her dad while her mother, Kylie Jenner, enjoyed a holiday in Turks and Caicos with some friends

It appears Stormi has been able to spend some extra time with her dad as Kylie soaked up some fun in the sun with friends in Turks And Caicos.

During her time in the tropical paradise, she has been sharing a number of photos and videos of herself in bikinis.

She wrote ‘Happy place,’ in the caption of one snap of herself showing off her famous curves with the gorgeous sun, sky and palm trees in the background. 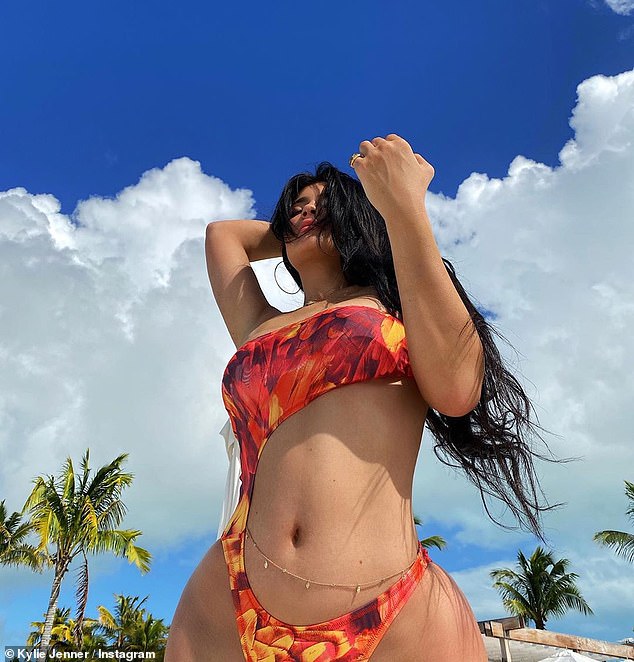 ‘Happy place’: During Jenner’s time in the tropical paradise, she has been sharing a number of photos and videos of herself in bikinis 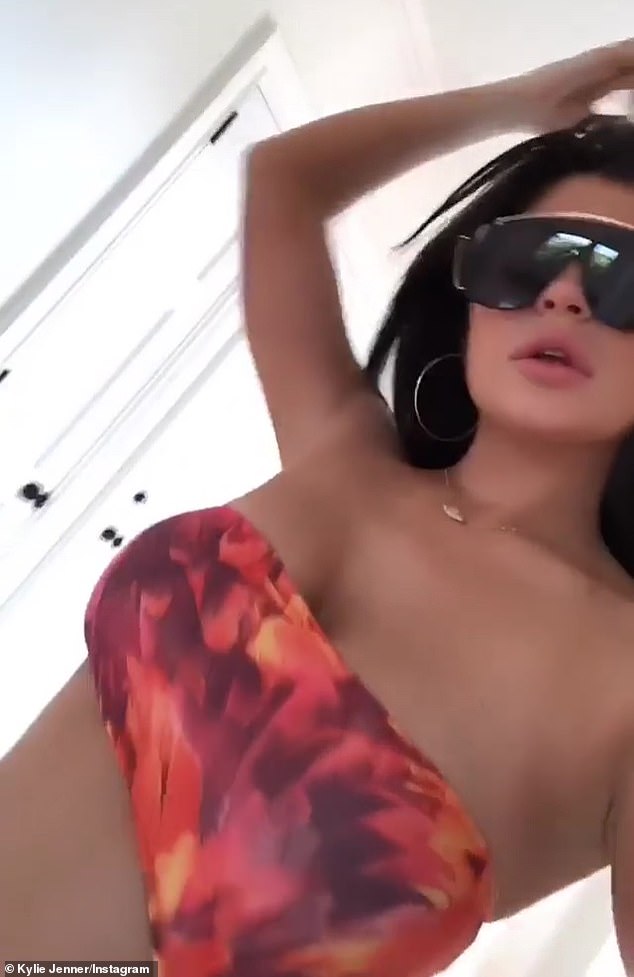 Solo and single: Jenner and Scott split last month after two years together 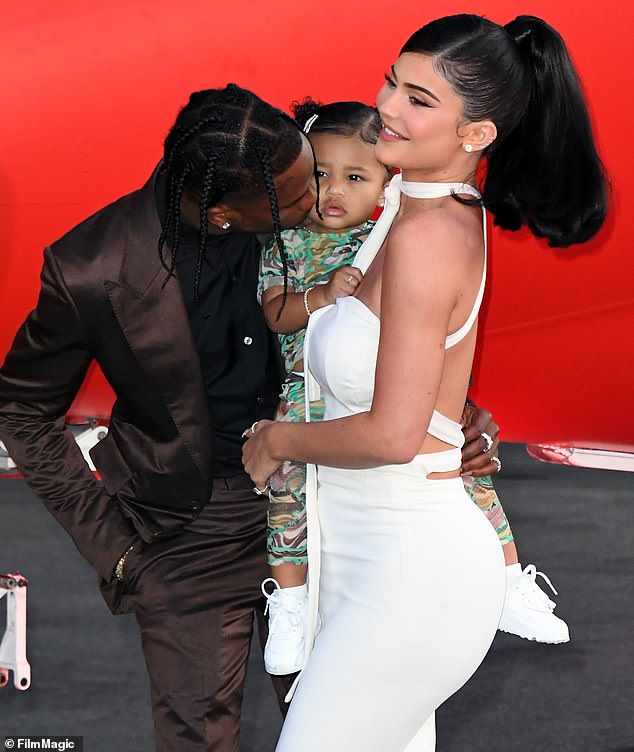 Loving parent: Travis giving little Stormi a sweet peck on the cheek with Kylie at the premiere of his documentary Travis Scott: Look Mom I Can Fly 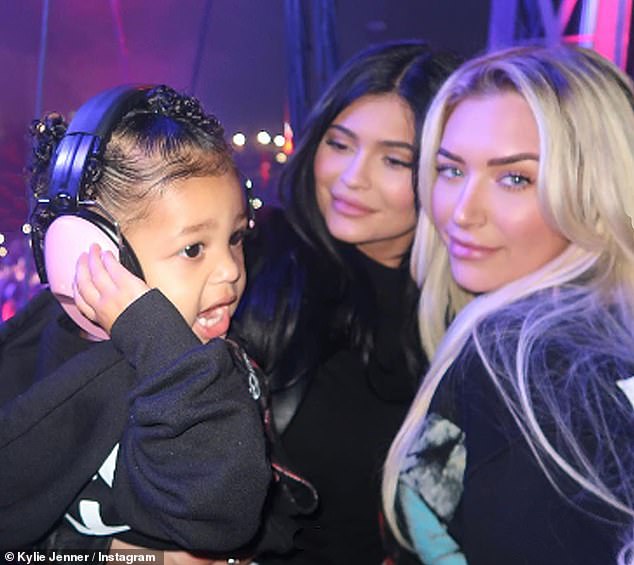 Family trip: Stormi had on some much needed hearing protection as her mom sampled Travis’ Astroworld Festival with her and her friend Stassie Karanikolaou