In news that has us excitably screeching like a Wookiee, Star Wars legend Harrison Ford is reportedly eyeing up a role in an adaptation of one of the decade’s best true-crime series.

According to a report in Entertainment Weekly, the Blade Runner actor is set to star in a new series based on The Staircase, the twisty, heartbreaking story of the death of Kathleen Peterson.

The Staircase, which filmmaker Jean-Xavier de Lestrade recently revisited a second time for Netflix, follows novelist Michael Peterson as he is charged with the murder of his wife. He’s later released from jail when a key witness is revealed to have committed perjury. 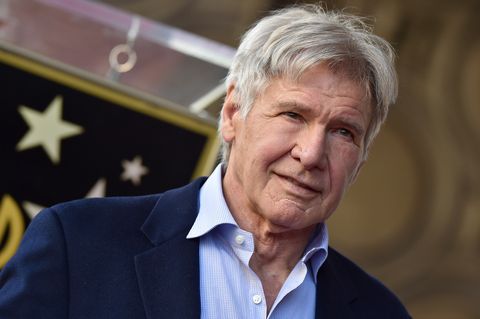 Related: Netflix’s The Staircase has a link to Making a Murderer that wasn’t shown during the series

Spanning 16 years and meticulously filmed, The Staircase gripped viewers when it was re-released with its incredible access to the defence team and their process, even sparking a popular – and potentially credible – theory as to what killed Kathleen.

Now, reports suggest that a TV series based on the documentary is in the works, with Ford tipped to play Michael Peterson, over 15 years since he last appeared on the small screen.

Peterson won his freedom after taking the ‘Alford plea’, prompting The Staircase‘s Lestrade to rule out any further filming.

Related: The Staircase on Netflix – Answering 7 BIG questions raised by the true-crime doc

Speaking to Digital Spy last year, the filmmaker said that the judge had delivered “the final answer, and nobody can come back to that.”

He continued: “That’s the end of the process for us. Sometimes I wish that some other step could be introduced in the court room that we could shoot. But it was not. So yes, it’s finished.”

The Staircase is available to stream on Netflix.

Digital Spy now has a newsletter – sign up to get it sent straight to your inbox.