After taking to Instagram to accuse her husband of leaving her and their child stranded in Las Vegas, Princess Love returned to the social network to open up about the drama.

During an Instagram Live video, she alleged she found an “extra phone” Ray J had and claimed he had been “giving his number out.”

“He basically admitted he had been entertaining, you know, some women,” she said.

Princess Love claimed the couple agreed to put this behind them and move forward. They then headed to Las Vegas for the 2019 Soul Train Awards. Once there, Ray J allegedly posed the idea of moving to Sin City; however, she said she wasn’t interested. After a bit of back and forth, Princess Love claimed she “sarcastically” said, “Well you can move to Vegas but I’m going to be in L.A.”

According to the soon-to-be mother of two, Ray J then became “really mad” and eventually left.

“He was out the whole night,” she said, noting he hadn’t returned by the time she woke up.

She alleged she confronted him about his night out once he returned and claimed Ray J called her “selfish.”

“What made me mad—because every time we get into an argument he starts talking about or alluding to, like, getting a divorce or saying ‘As long as I get to see my kids,'” she told her followers. “It’s like, ‘Why do you gotta to take it there?'”

Princess Love, who is more than eight months pregnant, then allegedly told Ray J she needed to get back to L.A. and “get my mind right before this baby comes.”

“Because with the way you move, I’m liable to be alone at any given moment,” she allegedly told Ray J.

The “Sexy Can I” star allegedly told her he was “prepared to be alone, too” as long as he could still see his kids.

Princess Love said the conversation then got “really, really ugly” and “disrespectful.” She also alleged Ray J then blocked her so she couldn’t contact him.

When it was time to check out of their hotel room, Ray J allegedly couldn’t be reached. So, she checked out of their room and checked into a new hotel. However, she insisted she wasn’t at the same hotel as Ray J.

“He has not unblocked me. He has not called me; hasn’t checked on me or [our daughter] Melody. So, we’re just here,” she said.

She also said she still had the car and was trying to figure out how to get back home. However, she was apprehensive about driving back to Los Angeles by herself at 8 months pregnant.

According to The Shade Room, Princess Love also allegedly wrote she was “filing for divorce” when she returns to L.A. The comment was allegedly made via their child’s Instagram account during Ray J’s Instagram Live video. 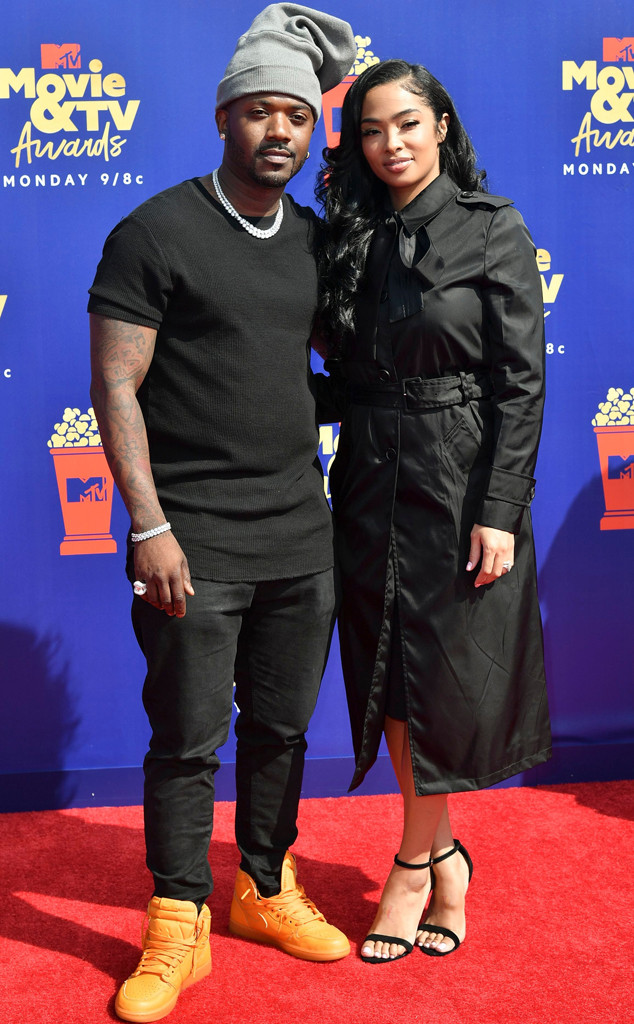 Speaking of Ray J, he’s been telling his own side of the story.

“Ray J x Princess,” he wrote via Instagram earlier this week. “My heart has been heavy for the last past week. I miss my baby Melody so much it hurts! I’m so sorry the world has to watch a young relationship like ours fall down. In order to be solid in a relationship you have to keep people out of it and let God work it out. But this hasn’t been the case. I will continue being the best man and father I can be no matter what’s on the other side. Without respect there is nothing. Love took a L this time.”

He also insisted he loves his family and dedicated his life to his family.

“To insinuate that I would do anything to harm my daughter is just sad, man,” he said.

In addition, he claimed he didn’t know how somebody could get stranded when “we never left.”

“People are going to get into little arguments here and there, it’s small stuff that you could work out,” he said from his hotel room. “But to take this to social media and create this crazy story about me leaving my baby in harm’s way is not cool.”

Furthermore, he said he apologized “for everything that’s happened” and said they needed to be “at the tightest and at the strongest” before their baby arrives.

However, Princess Love reportedly addressed these claims, too.

“If we’ve ‘so called’ been there the whole time, why would you miss your baby,? she wrote in part of an Instagram Stories post, per The Shade Room.

The two have experienced several ups and downs over the course of their three-year marriage. So only time will tell what their future holds. However, it looks like this drama is far from over.