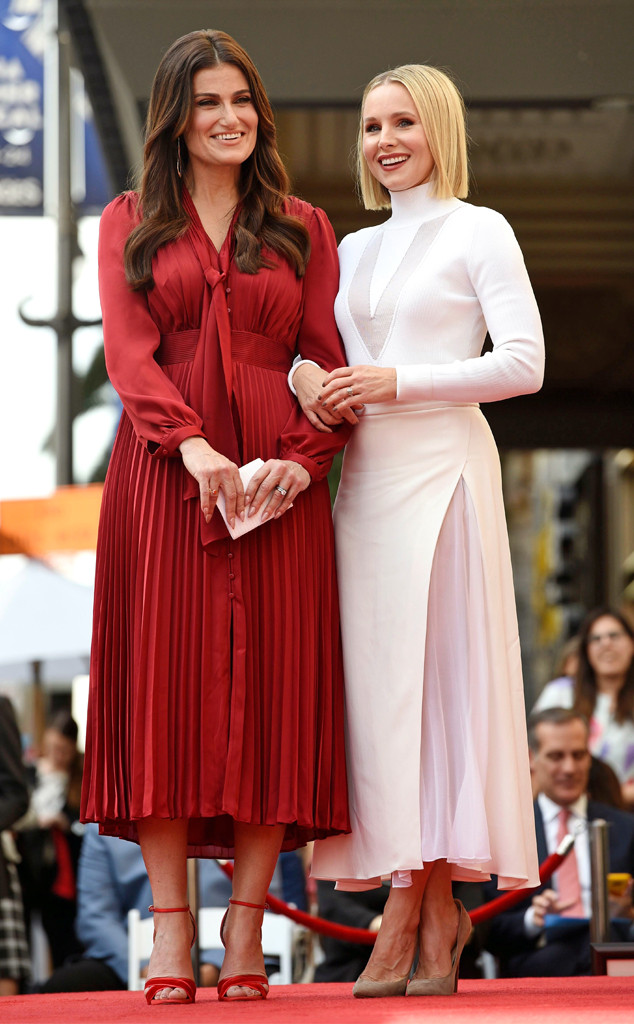 We didn’t see that one coming!

The song “Let It Go” has been played over and over through the year’s since the release of the film Frozen in 2013. The classic kids movie stars Kristen Bell and Idina Menzel, and while the two are very familiar with those lyrics, Kristen gave a whole new meaning to those words on Tuesday when she accepted her star on the Hollywood Walk of Fame alongside her co-star. In her touching and hilarious speech, Kristen reflected on her successful career and how she’ll finally know that she’s made it.

“I’m so grateful to be accepting this award on these hallowed streets where Pretty Women sold her body for money,” Kristen started her speech. “It’s really a dream.” She then went on to thank Cher who taught her an important lesson early in her career, something she now refers to in her life as “the cher test.”

“If it doesn’t matter in 5 years it doesn’t matter,” the legendary singer once told her. Apparently, getting a star on the Hollywood Walk of Fame doesn’t necessarily pass the Cher test for the actress, but that didn’t stop her from using the famous song to explain what would.

“This star will really only know its true value when inevitably someone is mugged in that very spot and as they clutch their purse, the assailant screams ‘let it go’ and the victim will look up and say, ‘That’s not even her song you son of a b—h.'” She told the crowd. “Only then will I know that I’ve truly made it.”

For the sake of everyone in that story, let’s hope that doesn’t happen! Kristen also gave praise to Idina who was standing next to her as she gave her speech. “When I heard Idina sing for the first time and I felt a newness that I’d never felt before,” she revealed. “Like a baby who had first experienced rain for the first time. Did you know that’s what it feels like when people hear you sing for the first time? It’s the truth.”

Idina also couldn’t help but gloat about her co-star during her speech either. “I wouldn’t be here today if it wasn’t for my sister, Kristen Bell, and what we have created together,” she shared in her speech. Idina opted for a sweeter tone in her speech and praised her parents and kids for encouraging her and uplifting her.

Of course she ended with a sweet shout out to her hubby Aaron Lohr who was in attendance. “My husband Aaron is here, who helped me write this script this morning because I didn’t know what I wanted to say and I was nervous,” she shared. “When all the noise gets really loud in my head I’m able to just wake up in the morning and he looks at me in that way and I just know that it’s all okay and it’s gonna be good. I love you, Aaron, so much. You changed my life.”

Congrats to both actresses!

E! News returns weekday mornings at the beginning of 2020!