Kim Kardashian “Cried All the Way Home” After Her First Met Gala Because of the Memes People Made About Her Dress – Cosmopolitan.com

Kim Kardashian “Cried All the Way Home” After Her First Met Gala Because of the Memes People Made About Her Dress – Cosmopolitan.com

Please join me as we look back to 2013, aka the year when Miley Cyrus twerked with Robin Thicke at the VMAs, the Harlem Shake was a thing, and the Jonas Brothers announced their split. It was also the year when Kim Kardashian made her debut at the Met Gala in that iconic floral Givenchy dress, and apparently her night did *not* end well. 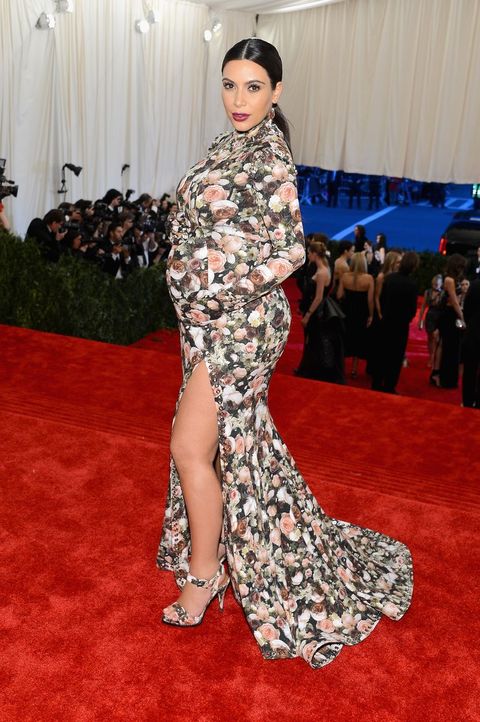 In a new video for Vogue, Kim tells the whole story of her first Met Gala, including the fact that she thought nobody wanted her at the event. “Kanye was performing, so I wasn’t actually invited,” she said. “I was just Kanye’s plus one, and that was okay with me because I never really dreamed I would be at the Met Ball. I know no one really probably wanted me there at the time.”

And even though she was excited at first, the night ended in tears after she saw how people were reacting to her look. She says:

On the car ride there I remember Kanye saying, ‘you look so beautiful, I’m so happy for you.’ And then I was crying the whole way home because I just couldn’t believe it. There were all these memes about me and this couch, and I think Robin Williams even tweeted it, said I looked like Mrs. Doubtfire. It was this whole thing and I just cried.

Thankfully, though, Kim looks back at her choice to wear the dress with no regrets. “Now I love it,” she said. “I look back and I’m like, ‘Wow, they had the vision. This is sick.’ I just remember the Olsen twins came up to me and loved my outfit and my gloves, so none of the critics mattered because the Olsen twins approved.”

Alanna Lauren Greco
Alanna Greco is the weekend editor at Cosmopolitan.com and a freelance writer based in New York.