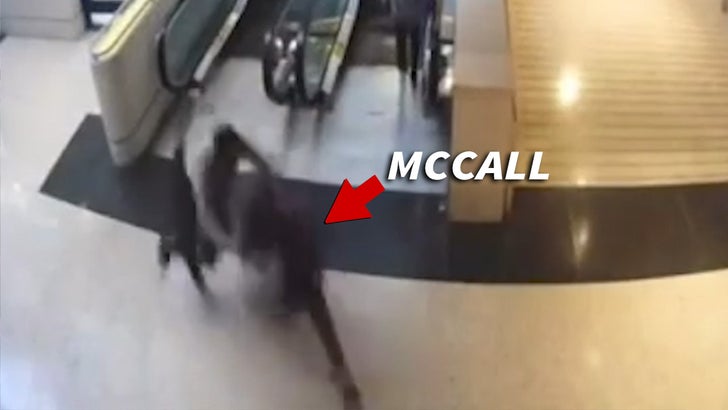 ‘RHOA’ star Eva Marcille‘s baby daddy just revealed a key piece of evidence from his latest arrest — video of his scuffle with a cop down an escalator.

Kevin McCall posted the courthouse surveillance footage on his Instagram, which is of him talking to the officer … then cuts to a shot of the cop chasing McCall down an escalator in an effort to detain him.

The officer then appears to bodyslam McCall before another cop jumps in to help. 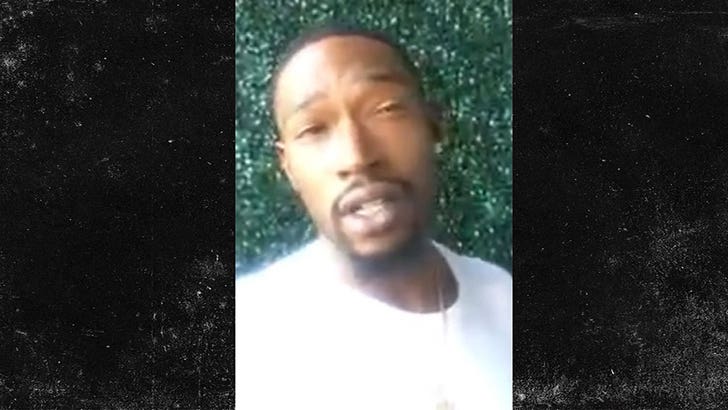 We broke the story … Kevin says he was injured in the scuffle and plans to sue, and believes he was targeted simply because he’s black. According to his latest post, he believes the video supports his theory. He captioned it … “Hands Up…Don’t shoot #thetruthuntold”

McCall’s own Instagram Live video from before the altercation shows what led up to the tussle — the courthouse officer tells him he needs to stop recording video on his phone … but he refuses, calls him a b*tch and challenges him to fight.

You may recall … Kevin was in court to challenge Eva for custody of their 5-year-old daughter, Marley Rae. Instead, he ended up in jail and booked on 5 charges — 4 misdemeanors and one felony count of criminal damage to property in the 2nd degree.

TBD if the escalator footage helps exonerate him.