From Olivia Colman to Imelda Staunton? What the next cast of The Crown could look like – CNN

From Olivia Colman to Imelda Staunton? What the next cast of The Crown could look like – CNN

This week, British media and scores of viewers reacted with excitement to rumors that stage and screen star Imelda Staunton is being lined up to play Queen Elizabeth II in the fifth and sixth seasons — though Netflix told CNN the reports are “pure speculation.”

With filming only just underway for the fourth iteration, the next cast is likely far from settled and no announcements are expected soon.

But such is the attention on the series — one of the crown jewels in Netflix’s arsenal of originals — that each casting decision is of paramount importance. It’s little surprise, then, that British bookmakers are already taking bets on who’s going to play whom.

The fifth and sixth seasons would move the drama into the 1990s and the start of the 21st century — a significant and occasionally tumultuous time in the history of the royal family.

So with that in mind, which stars might Netflix be considering — and where could they take the series next?

The series’ headline role, previously held by Claire Foy and currently occupied by British national treasure Olivia Colman, already has been the subject of discussion this week.

It will be a meaty role for whomever gets it. The period likely to be covered includes what the Queen described as her “annus horribilis” of 1992 when her two sons Princes Charles and Andrew both split from their wives; the sudden death of Princess Diana in 1997, which led to public anger over the Queen’s delayed response; and the deaths of the Queen Mother and Princess Margaret within weeks of each other in 2002.

Staunton would be a popular choice. In addition to an extensive stage career, the legendary British actress has played everyone from a backstreet abortionist in the lauded film “Vera Drake” to the Queen Mother in BBC drama “Cambridge Spies.”

But there are plenty more names for Netflix executives to throw around. The most obvious may be Helen Mirren, according to Pete Watt, a spokesman for the betting markets aggregator Oddschecker. She’s already portrayed Elizabeth during the period in the 2006 film “The Queen” and the West End production “The Audience,” both written by “The Crown’s” Peter Morgan. 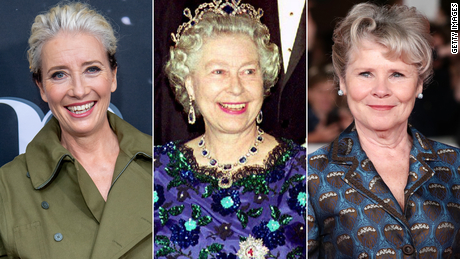 Mirren, though, has appeared to rule out taking the role; “I don’t think so,” she told ITV when asked last month. And perhaps the show’s makers could try to go out with a splash, looking beyond Britain and pitching for a Hollywood star like Meryl Streep to take the role.

But our choice for the monarch? Emma Thompson, another member of British acting royalty who would keep the show distinct from its cinema cousin.

The role of the Queen’s husband has been a key one throughout the show, which traces his awkward beginnings within the family and tensions with the monarch. Matt Smith and Tobias Menzies have handed the role so far, but the show’s future seasons will see a more mature Philip accompany his wife through an eventful chapter of royal history.

The current favorite for the role, bookmaker Ladbrokes told CNN, is Jim Broadbent — who’s closely followed by fellow Oscar winner Gary Oldman. Both are enticing names; Broadbent “has the aura and aesthetic to follow the impressive Smith and Menzies,” Watt notes, while Oldman’s turn as Winston Churchill in “The Darkest Hour” demonstrated how unfazed he is in taking on a weighty historical role. 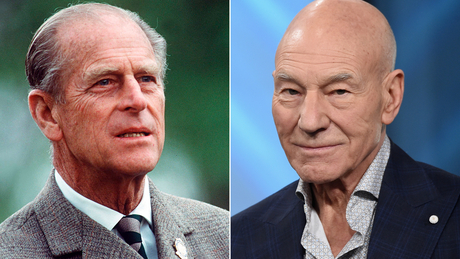 Other names on Ladbrokes’ shortlist include Jeremy Irons and Charles Dance, who already plays Philip’s uncle Lord Mountbatten in the show. Their outside bets are Ben Kingsley, Hugh Bonneville and stage and “Star Trek” legend Patrick Stewart.

It’s quite the list for Netflix to choose from, with each boasting an impressive resume and sufficient star power. It’s hard to look past Oldman, but Stewart should be at the top of the streaming service’s wish list.

The first seasons of “The Crown” show Charles moving into adulthood. But he’d be expected to take on a more central role in future editions, taking place when his relationships with Princess Diana and Duchess Camilla dominated interest.

Ralph Fiennes is the favorite to play the heir, Ladbrokes told CNN. But the runner-up, Colin Firth, may be the safer bet, according to Oddschecker. “He bears a slightly closer resemblance to the heir-apparent than current favorite Fiennes,” Watt told CNN. “In addition, Firth’s reputation of bringing a certain aristocratic feel to his performances is likely to work in his favor.” 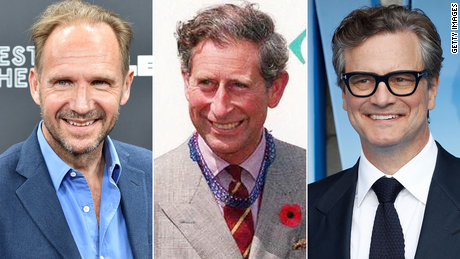 “The Wire” star Dominic West is also in contention, Ladbrokes suggest, while their more speculative bets include Hugh Grant.

But for our fantasy cast list, it’s another suggestion that has caught our eye — Hugh Laurie, whose transatlantic appeal aided by his role as “House” should help Netflix market the show around the world.

The introduction of Diana Spencer into the royal family is one of the more anticipated storylines “The Crown” is yet to tackle. She’s set to be played by Emma Corrin in the show’s upcoming season, and executives may decide to stick with Corrin as the action moves into the 1990s.

But should they include Diana in the cast’s overhaul for season five, producers may push for a household name to take the keenly watched role. Naomi Watts already stepped into the Princess of Wales’ shoes in a 2013 biopic. While her performance was generally appreciated by critics, the rest of the movie garnered a decidedly more negative reaction. 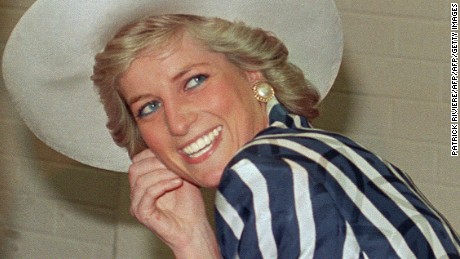 Kate Winslet would be a big enough name to entice producers, and Carey Mulligan has the affable charm to effortlessly step into the role — but we’re going slightly more off-beat and picking Tilda Swinton to take the reins. It may not be the most obvious choice and Swinton’s preferred productions tend to be rather more unconventional, but she’s one of cinema’s most versatile stars — and if she can play an 82-year-old man, she can play anyone

Tony Blair is certain to play a prominent role in the show’s final seasons, and the former prime minister’s relationship with the Queen was already explored in Morgan’s 2006 film. Michael Sheen filled the role in that production, but we expect the show to go in another direction to keep things fresh.

The period covered will see Blair challenge the Queen over her response to Princess Diana’s death, before possibly plunging into the Labour leader’s further electoral successes and the political crisis over the Iraq War.

Benedict Cumberbatch could be floated by producers, and James McAvoy could be an intriguing choice. But we’re going for Martin Freeman, whose transformation from the humble Tim in “The Office” to Bilbo Baggins in the “Hobbit” trilogy — via standout roles in “Sherlock” and “Fargo” — makes him a sure pair of hands to handle the role. 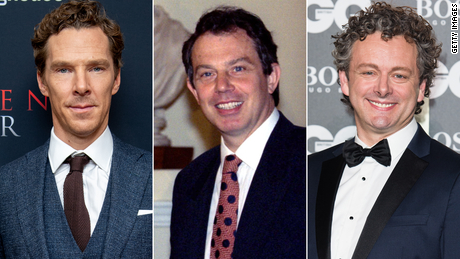 This is where things get trickier, given that the Queen’s grandchild will age dramatically over the show’s final seasons. But assuming writers bring the action close to the present day, we’re going for Taron Egerton to play William.

His brother, Harry, is an easier choice — Eddie Redmayne, with a touch of coloring to the hair, fits the bill.

Should the show cover her introduction, William’s wife, Catherine, could be portrayed by Keira Knightley. Meghan, Duchess of Sussex, meanwhile, would be played by “Suits” star Meghan Markle. Whatever happened to her anyway? 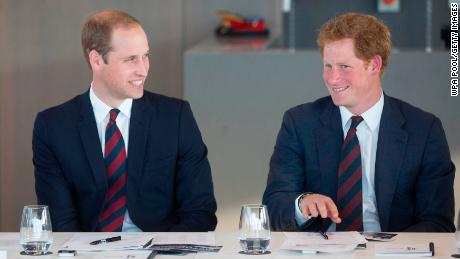 Prince Andrew, Fergie and the rest

The royal family’s various members, associates and adversaries mean an expansive cast is needed for every series of “The Crown,” and its final run will be no different. 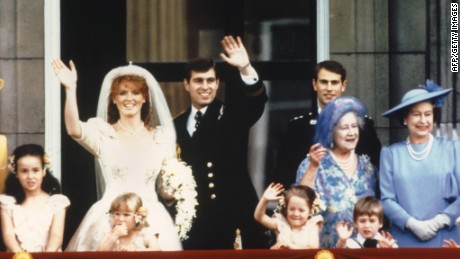 Former PM John Major, who would be expected to appear in a few episodes before being replaced by Blair in 1997, and — assuming we still have the budget left — Michael Caine is getting the nod here.

Admittedly, our cast list could be difficult for Netflix to fulfill — and it’s worth remembering that “The Crown” has taken some successful bets on lesser-known talent to fill key roles in the past.

Besides, a lot can change. It will be some time before we find out who’s set to fill cast. But that won’t stop fans from speculating.