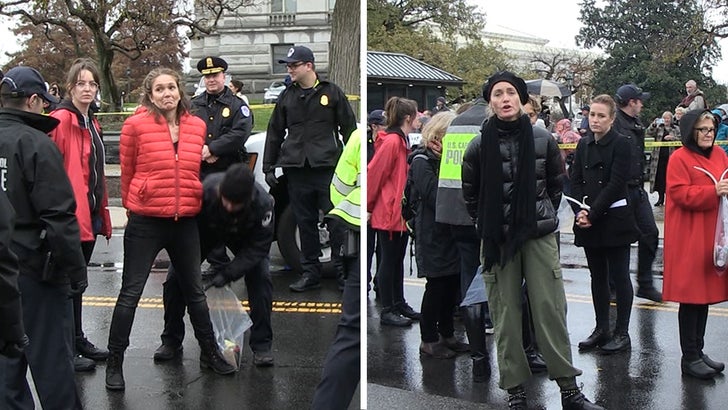 Jane Fonda‘s seventh straight “Fire Drill Friday” climate change protest has led to more arrests … and some new big names have been added to the list.

Diane Lane, Piper Perabo, and Amber Valletta joined Jane’s force of environmental protesters in Washington D.C. Friday for a demonstration at the Supreme Court building … and got hauled off in cuffs after refusing police orders to move. 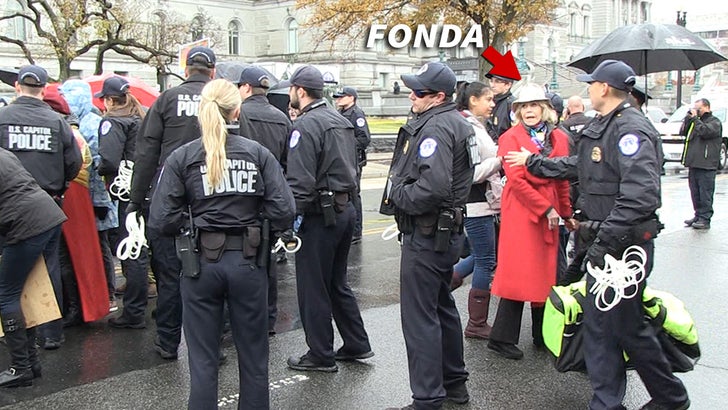 Before they were taken away, Diane and Amber told us it was their first time being arrested … number 2 for Piper. “The Good Place” actor Manny Jacinto was also on hand but didn’t get arrested.

Neither did Fonda — for the third straight week. As you can see … she scurries away when she starts feeling the heat from police. 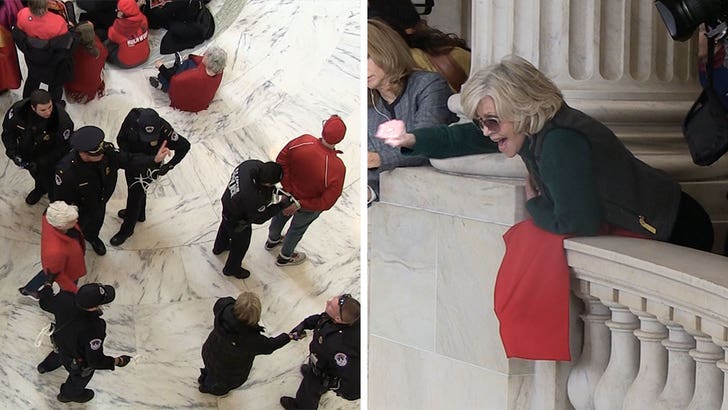 As we reported … Jane’s been arrested 4 times, but last Friday when the cops moved in she moved to higher ground and chanted with her comrades from a balcony in the Capitol.

We’re told the folks behind FDF with Fonda are making sure she avoids her 5th arrest because it could result in serious consequences … and they want her to be able to remain the weekly face of the movement.

The D.C. Attorney General’s office declined to charge her for her previous 4 arrests … but the 5th could be the one that lands her some significant jail time.

Lane, Perabo and Valletta can now wear an arrest badge of honor with Fonda, along with other Hollywood pals who’ve joined her … like Sam Waterston, Ted Danson, Rosanna Arquette and Catherine Keener. Ben & Jerry protested too but didn’t get arrested.