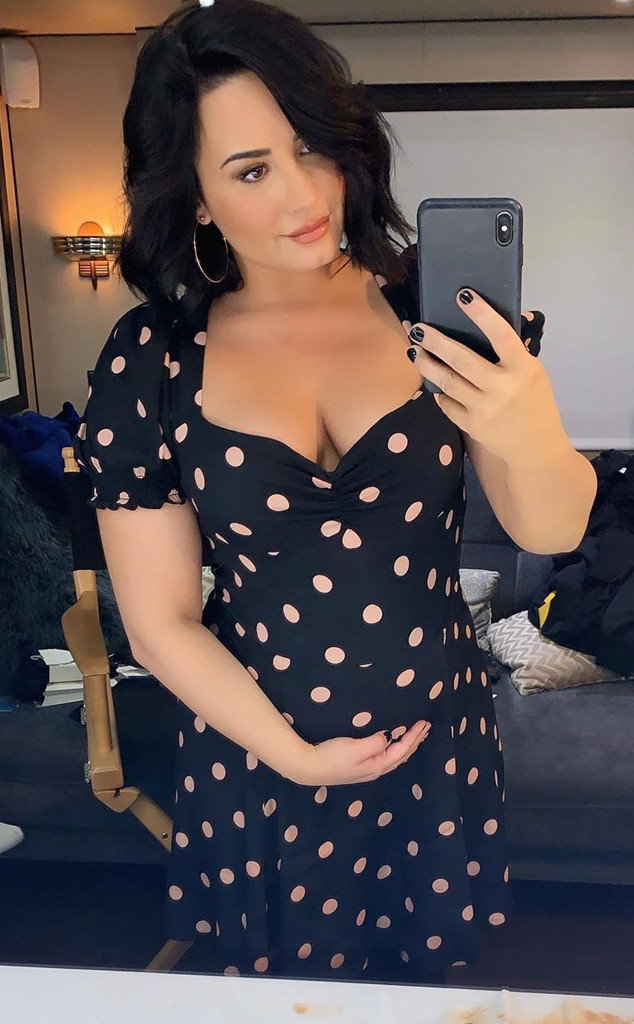 Demi Lovato took to Instagram on Wednesday to post footage of herself with a baby bump—but it’s not what fans think.

The 27-year-old singer is filming the final season of Will & Grace and is introducing the world to her character Jenny.

“Real or fake?” the artist captioned the post, which also featured a video. She then included the hashtags #WillandGrace #MeetJenny.”

While fans still haven’t met Jenny, they know the character has a connection to Eric McCormack‘s character Will Truman. During a recent episode, Will told his fiancé McCoy Whitman (played by Matt Bomer) that he wanted to have a baby; however he later learned that McCoy didn’t feel the same way. So, Will decided he was going to start a family on his own. With that said, it’s possible that Lovato’s character is helping to make Will’s dreams of becoming a father come true. Of course, fans will just have to stay tuned to see how she enters the picture.

One thing is for sure: Lovato is loving her time on the show.

“They’re the dream team,” she wrote alongside a photo of herself sitting with Messing, McCormack, Sean Hayes (Jack McFarland) and Megan Mullally (Karen Walker). “Honored to be a part of this cast. Last night was amazing and I can’t wait to return for more!!!”

Fans can continue to see how their storylines play out by watching this season of Will & Grace, which airs Thursday nights on NBC.

(E! and NBC are both part of NBCUniversal).