She had tied the knot with Chris Larangeira earlier this week and Deena, Jenni “JWoww” Farley and Nicole “Snooki” Polizzi served as bridesmaids. They allegedly gave a speech that was “meant to be funny but came across as pretty mean-spirited,” a source told E! News, adding that the three made “several” jokes referring to the bride as “trash.” Many people booed them.

“Listen I understand your all upset about our speech but we also included nice things in it as well,” Deena wrote in a now-deleted private Instagram post published on Friday. “We thought since Angelina always says ‘I never take myself seriously’ she would truly laugh at the stuff we said .. clearly we were wrong .. we’re friggen human .. people make mistakes. [sic]”

Deena said people have recently made disparaging remarks directed at her baby boy, Christopher John “CJ” Buckner in response to reports about the speech.

“But wishing bad on my son .. how are you any better?” she continued. “Our speech was not meant to be malicious .. we actually did a lot while filming with Angelina for her wedding .. I’m not a mean person and our intentions were never negative … yes we had a ‘roast’ part which yes I understand no one agrees with but chris’ one brother brought up his period s–t tattoo .. so why is us making jokes during a speech a problem .. we truly thought she was going to laugh and right after we went into how lucky we are to have her in our lives and she’s the sister we needed in the house.” 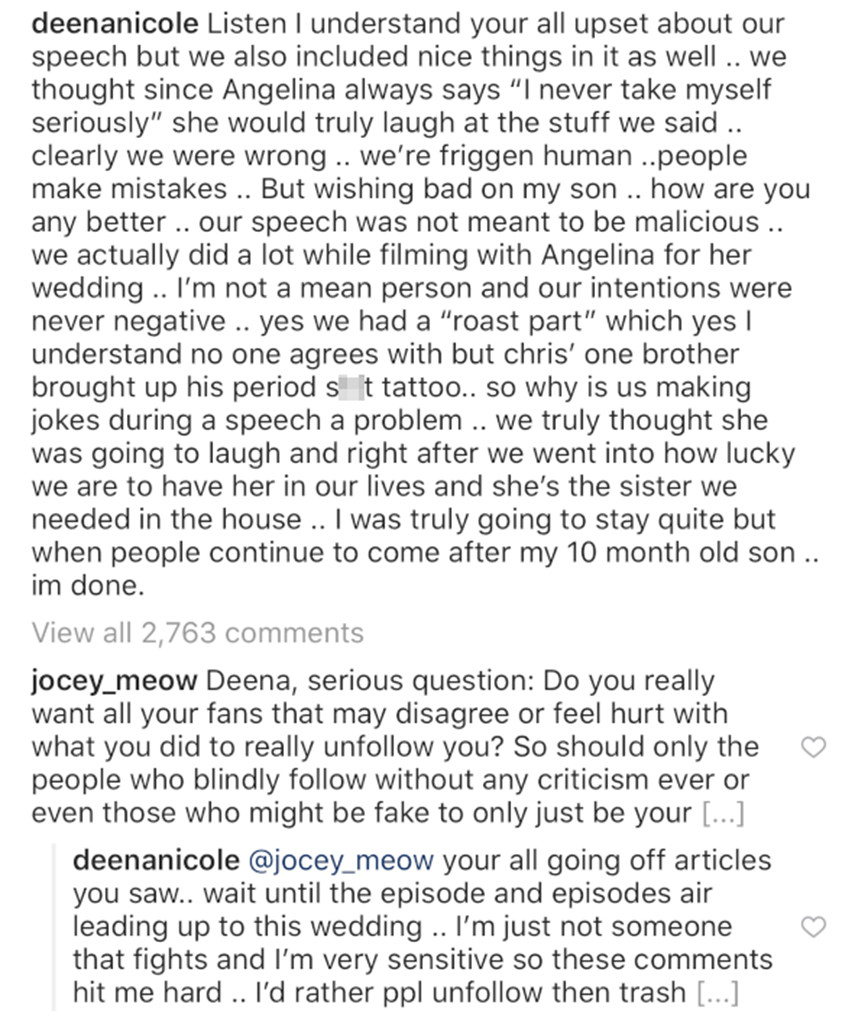 “I was truly going to stay quite but when people continue to come after my 10 month old son .. I’m done. [sic],” she said.