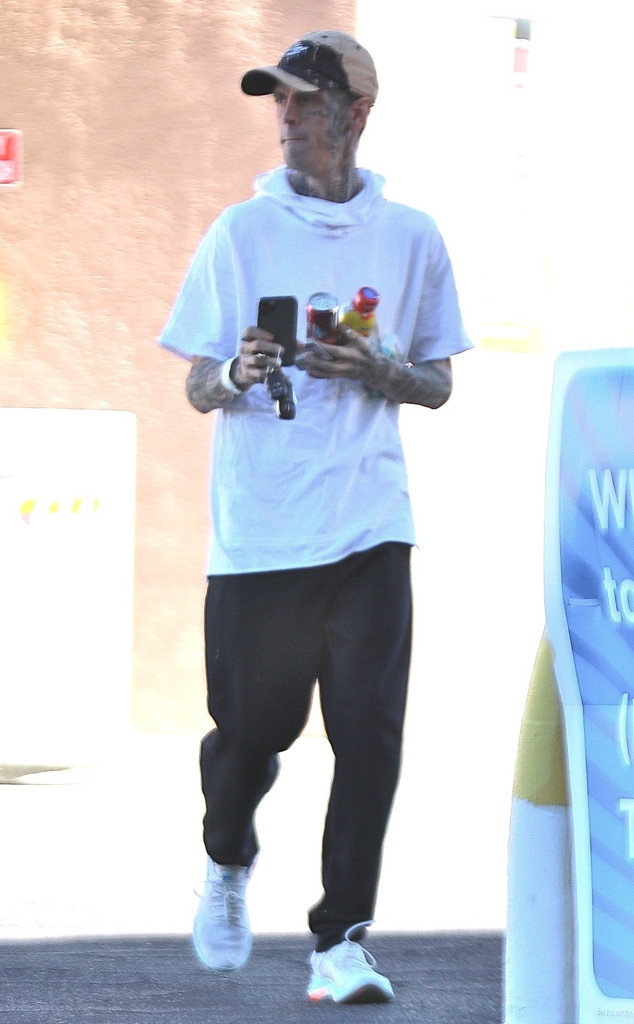 Last week, Aaron Carter was reportedly treated in a hospital in Florida and on Monday, Nov. 18, he was seen out and about in Los Angeles in seemingly better spirits.

On Thursday, Nov. 14, the pop 31-year-old singer took to Instagram to post a picture of himself lying on a hospital bed. He was hooked up to an IV and geo-tagged the picture at Ascension Sacred Heart Emerald Coast, a medical center in Destin, Florida.

He captioned the photo, “Mommas gonna take care of me.”

His hospitalization came amid his continuous personal struggles that have raised concern among his fan base and those close to the artist. At the time of his hospitalization, E! News learned that Carter was treated for exhaustion from his hectic schedule and was in need of rest.

Now, less than a week after being hospitalized, it looks like Carter is back in California from Florida. On Monday morning, Carter was seen out and about in Los Angeles picking up a few things from a local gas station. He was seen wearing an over-sized and hooded T-shirt, black joggers and white runners.

In the pictures taken of Carter from this morning, the artist is seemingly still wearing his hospital bracelet from when he was hospitalized. Two days after he opened up about his hospitalization on Instagram, Carter took to Twitter to share with fans that he would be focusing on helping his mother amid his own personal turmoil.

He wrote on Twitter: “My mother is still struggling with her illness and I’d rather be focused on that at this Time (helping her) and my music, life and happiness it’s time to move on from all this pain.”

“It’s time to stop airing our family problems and issues in the public in public eye. I hope some day we can all be adult enough to talk to each other instead of through lawyers and courts,” he added in another tweet.

The former child star had initially traveled to Florida earlier last week, when he was also admitted into a hospital, to be with his mother, Jane Carter. His mother had suffered a relapse not too long ago after staying sober for years and Carter flew back home to help her through it.

In recent months, Carter has also opened up about his own substance abuse issues and has revealed that he suffers from multiple personality disorder, schizophrenia, anxiety and manic depression.

E! News returns weekday mornings at the beginning of 2020!